Eight budgets in a row have forecast an early return to strong growth. And for seven years in a row they’ve been way off.

By Professor The Hon Stephen Martin, Senior Consultant at Pantala

As we approach the final days of the 2019 federal election campaign, both sides are playing to their perceived strengths. The Prime Minister incessantly goes on about the economy, its health, how the Coalition is best able to manage it and how Labor will send us all over an economic precipice if successful (did someone say Chicken Little?).

Labor for its part, as we are constantly reminded by Bill Shorten, notes that wages have stalled for years, current consumer confidence is low, banks have imposed something of a credit squeeze in response to the Hayne Royal Commission, building activity is weak, health and education cuts mean dire consequences for future generations and climate change is real.

But how true are the claims and counterclaims? What economic realities will face the government after Saturday 18 May?

Four years ago the Committee for Economic Development of Australia (CEDA) published some outstanding research that indicated the Federal Budget was not in good shape. In fact, it advocated that unless both sides of politics had a major re-think of policies the deficit would grow and grow, confining Australia to a never-ending search for the mythical surplus.

This was followed up with another research publication this year that re-emphasised the need for positive action to address the problem of the budget deficit.

Both studies concluded the living standards of future generations of Australians would be severely compromised should no action be taken.  With no end in sight, the debt beast would mean decline in services and an economic malaise that would take forever to fix.  The 27 years of supposed economic sunshine would be followed with what would look more like the worst day in Game of Thrones.

Fast forward to today.  Every year the Treasurer of the day- Swan, Bowen, Morrison or Frydenberg- have stood at the dispatch box and proclaimed the Federal Budget would be in surplus.  However when is the interesting fact- the date keeps being pushed out.

Growth is weak in Australia and throughout the developed world.

As noted by respected economist Ross Gittens, it is not necessarily the government’s fault. Growth is weak in Australia and throughout the developed world. He notes that It has taken a while to realise this because the econocrats – mainly Treasury, but with the acquiescence of the Reserve Bank – either can’t or won’t accept the truth.

Eight budgets in a row have forecast an early return to strong growth. And for seven years in a row they’ve been way off. But so great is their certainty that nothing fundamental has changed, they’ve fronted up with yet another forecast that this year will be different.

And it is this forecast, or is it projections of growth, on which Scott Morrison makes his pitch that only the Coalition can run the economy and the April budget predicted a wafer-thin surplus this financial year.

But if the economy has been so weak for so long, as Gittens would argue and the facts sustain, why has growth in employment been strong since early 2017 and unemployment has slowly fallen to 5 per cent? It can be traced to current high levels of immigration and because the under-employment rate was worsening until recently.

And yet both sides have indicated changes to immigration levels- capping the number by the Coalition and restricting overseas temporary workers by the Opposition. Much of the growth in employment has come from federal government spending on rolling out the National Disability Insurance Scheme, and state government spending on infrastructure. Public sector consumption and investment spending accounted for more than half the surprisingly weak GDP growth of 2.3 per cent over calendar 2018.

A final factor of course is inflation. The Reserve Bank sets a target zone of between 2-3% in which through various economic levers it seeks to keep inflation under control. A strong, healthy economy is one where demand is always threatening to push inflation above the target zone. Australia’s inflation rate has been below the target for three years.

All these factors have a consequential effect on the Federal budget bottom line. If history shows us anything it is that economic swings and roundabouts make budget forecasting a game for mugs. And those who seek to be our nation’s leaders should be wary on promises they make that clearly will impact future economic sustainability.

So the sobering facts are whoever wins government will be faced with GDP growth that is predicted to fall, international factors such as the China-USA trade war and stalled growth in Europe, demands for funding for programs such as NDIS to increase, calls for genuine and sustainable action on climate change and ever-increasing demand for more resources and funding in education and health.

How can businesses prepare for policy reform and market uncertainty?

It has been many years since I have seen such divergence in policy agendas presented by both major parties. Although the polls still show Labor holding a lead, there are still some days to go, and whoever wins will most likely have to deal with a fractious upper house. This means that enacting policies through government legislation in the Senate will be like pulling teeth, which at least in the short term will create market uncertainty.

The two key strategies that keep businesses ahead of the game during policy uncertainty:

Raise your voice on the issues that affect you.

Business leaders should make their views heard but in a constructive way. The Australian Computer Society recently produced a manifesto with 17 recommendations to boost Australia’s innovation agenda. Research, education and being ahead of the game in innovation adoption are all important issues that affect future generations and need to be supported by good policy. NDIS is another sector that needs to find a strong voice to secure long-term funding.

Be ready for change.

Being ready to shift gears, should your sector be affected by either uncertainty or policy change, is about having expert advice and research to be able to forecast incoming challenges and opportunities. In addition, having a strong culture that supports change is also vital. Leaders should watch what is coming and prepare their teams to respond appropriately if they feel there is a chance their sector will be affected.

Good luck! And if there is anything we can do to help you navigate this process, get in touch!

Stephen Martin a former Australian politician, senior academic and rugby league referee. Currently Stephen is a Professorial Fellow of the Sydney Business School and Chairman of the Bank of China in Australia and the Men of League Foundation.

To read more about the Pantala practice and how we work, click here. 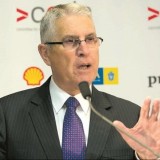 For great content on things that matter to you.

Keep in the loop

Receive an email every now and then about what we are working on.

Thank You For Subscribing

This means the world to us!

Spamming is not included! Pinky promise.